Students have said too many goodbyes, but no student is ever alone 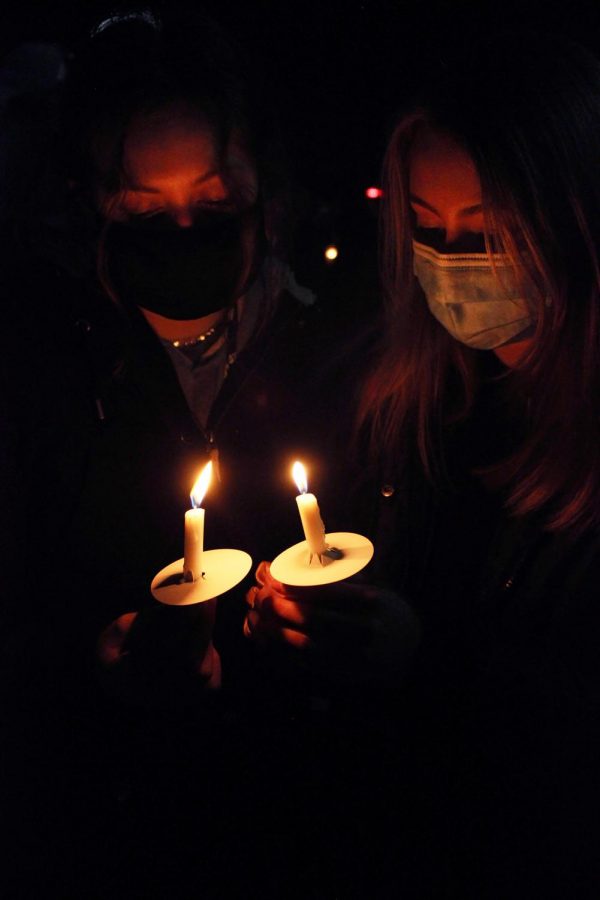 Stress continues to mount. COVID-19 cases and deaths are high, and only continue to rise. Times are hard, but teachers and administrators have worked to reach out and help those who are struggling with loss and harmful behaviors.
Recently, Nixa has suffered the loss of two students. Nixa High School principal Dr. David Kelly decided to address the high school directly about these losses with an assembly.
“Our students needed to hear something, and I thought about doing a video during STAR, but didn’t think it would feel genuine,” Kelly said. “The best way to make it happen would be to do it in front of everybody.”
The assembly created mixed reactions throughout the school. Despite what students thought, the idea was to let students know that administration was there and willing to listen.
“It’s important in those moments that you lead from the heart, and let kids know that you care– that you are mourning with them,” Kelly said. “It’s not even about as much of what we say, it’s just listening. I think sometimes educators are fixers, and they just want to fix everything. But you just gotta listen.”
NHS counselor Carrie Stormzand has been working with students to create a group to spread mental health awareness. Having a group that focuses on the importance of mental health is necessary in a high school setting.
“Students talk to students,” Stormzand said. “They need to be equipped with strategies of what to do when they personally need help with a situation or a friend does.”
She said it’s important to know that if someone is struggling, staying silent and bottling in emotions can lead to more disaster than greatness. There are teachers and students willing to listen if needed, as well as counselors who are trained to handle problems such as these.
“It’s scary to make that first step to reach out,” Stormzand said. “It takes courage to come up and say you’re feeling stressed and overwhelmed. Saying those words to an adult that will not judge and will help you get through that — if you can put a voice to how you’re feeling, you give it less power, and it tames those thoughts.”
Kelly said he hopes to normalize mental health and struggles within the school.
“We recognize that if a student isn’t eating, then they aren’t going to be able to learn. Mental health needs to be raised to that level,” Kelly said. “I want a better acceptance of those types of issues because I still think that there’s a stigma of mental health. Breaking that barrier is something I hope the community will gain from this.”
With the recent losses in Nixa, grief is especially prominent. Grieving looks different for everybody, but there are a few ways to ensure that the process isn’t self-destructive.
“Allow yourself to feel,” Stormzand said. “It sounds counterproductive, but if you don’t, it will manifest in other ways and usually those are not healthy. Coping with loss is just like coping with other uncomfortable emotions. Everyone deals with it differently. There’s no right or wrong. There’s healthy and unhealthy.”
There is a wide range of ways to cope with grief; the healthier of which are exercising, talking with friends and family and even loudly listening to music.
Unhealthy ways, which one might not even realize they are doing, are dissociation, withdrawal and substance abuse.
Although no one ever wishes to lose someone close to them, coping gets easier over time. Junior Alicen Ashley lost her father in previous years. Despite her loss, she is able to see the positive.
“I wouldn’t say it made me a better person, but I think that it opened doors and opportunities that I might not have if he was still alive,” Ashley said. “I’m not glad that he passed away, but I’m able to maturely look back and think if he wouldn’t have died, I wouldn’t have met the people I’ve met today. I wouldn’t have met the teams and coaches at Nixa.”
Grief is not linear for everyone.
“A lot of people ask ‘aren’t you over it?’ and I think that is disrespectful,” Stormzand said. “You never get over it. Grief is love, and when someone dies, that doesn’t mean you stop loving them.”
Ashley still deals with grief, but it shows itself in different ways and at different times.
“It’s less like constant sadness, and it’s less overwhelming,” Ashley said. “It affects me differently now because I think of him at the most important times, like when I accomplish something or when I think about graduating and how he’s not going to be there for that.”
In trying times, it can never hurt to go out and get help when needed — especially when feeling overwhelmed and lost.
“I think it’s important to get counseling,” Ashley said. “Kids have a hard time being vulnerable with someone else, but I think it’s very important to get out your feelings from someone who knows professionally what to do or how to help you.”
In hard times like these, it’s important that the community sticks together and chooses to uplift instead of break each other down.
“Be kind, and know that people are different and handle situations differently,” Kelly said.
“We all have different things that we struggle with in our lives, and for some reason, there are struggles that society is OK with and other struggles that society is not okay with. We need to embrace that difference and be more accepting.”